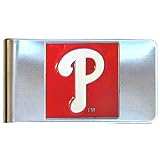 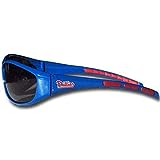 
Despite so much uncertainty at the top of the front office, manager Joe Girardi is confident the Phillies will make the necessary improvements to their roster this offseason.

“I watched us go through the hiring of Caleb [Cotham] and all the candidates that we’ve had,” Girardi said in a Zoom press conference on Friday alongside new Phillies pitching coach Caleb Cotham. “How well it all worked and how well Ned [Rice] ran everything and made sure that everything was done and that we were thorough in our checks. So I’m very confident that things will run smoothly.”

Girardi mentioned that the process of hiring a new pitching coach was collaborative but ultimately, he was “a pretty big voice.” Rice and Girardi collectively made the decision to hire Cotham.

If anything, Girardi is providing assurance that Rice can steer the Phillies through the offseason in the event that they do not hire a new president of baseball operations in the coming weeks. The perception is that the Phillies could miss out on key free agents if they don’t make up their minds soon enough on who is actually running the team for the foreseeable future. Robbie Ray and Drew Smyly are the only notable free agents to have signed so far this offseason.

His answer is a bit different from what Team President Andy MacPhail said about Rice and the future of the team just a few weeks ago.

“Most of what’s in front of us is in the short and midterm, we can do internally,” MacPhail said. “I am very confident that Ned can get us through that.”

MacPhail did suggest that Rice could be the interim GM into 2021 but he didn’t express nearly as much confidence as Girardi did in Rice’s ability to make decisions beyond the internal ones every club has to make this time of year — whether it be Rule 5 protections or decisions to retain certain arbitration-eligible players.

In the meantime, the Phillies will carry on in search of a new president of baseball operations. They’re looking for a candidate with a wealth of experience and a winning pedigree. In the event that they fail to find the right fit this time around, Girardi, who is presumably second to Middleton in being the most influential voice in the organization, has the utmost confidence in Rice’s ability to lead the way for the time being.

The Mets may not be a major player for J.T. Realmuto after all – Phillies Nation